💣🔥 Get ready for all-out crazy smack-down action in this fast-paced multiplayer brawler!

Embrace your inner coolness as a Terminator Robot 🤖(or Shark Dog 🦈🐶) and enjoy over-the-top 3v3 combat in humorous yet wildly epic battle action. Duke it out with friends or join forces with others and blast your way through various game modes in under three minutes. Easy and intuitive game controls, but endless team customization possibilities with 20+ heroes and even more skins to unlock as you progress.

Set in the Vainglory universe, experience the award-winning MOBA in a never-before-seen way!

Tired of games that require sinking your time just to keep up with the competition? Here’s a game for you free spirits. Have fun with friends, try out your new squad, and hey, maybe even win some trophies along the way.

👑 BE ANYTHING YOU WANT
Remember what your parents told you as a kid, but didn’t really happen? Now’s your chance to fulfill your dreams (at least on becoming a bizarre character). Want to embrace your inner edgelord as a Deathknight? Go ahead. Or have you always dreamt of becoming a cute-yet-savage Rainbow-Kitty-human? You got it. Collect from over 20 unique Heroes, with more skins to come, so you can customize and call your own. Anything can happen, and all are welcome in this crazy universe.

⚔ NO SWEAT IN-GAME COMBAT
Now you can enjoy gaming — deodorant free. Easy in-game controls that anyone can master! No more battling with convoluted controls, memorizing the buttons and their corresponding attacks. Have fun dashing through the arena using intuitive controls, and firing your awesome abilities across the field to take the opponent out with a boom. Strategize with your teammates, assemble the dream team, and put your best foot (or paw, or robot limb) forward against competition!

🔥 BOREDOM FREE GAMING
Multiple game modes plus changing live events guarantees that you’ll find something to do, no matter if you’re into character customization, assembling the best team, or blowing your opponents out of the arena. Battle against your frenemy in real-time PVP, or team up with your best buds and take on the battlefield!

FEATURES
⚔ Team up for real-time 3v3 battles against players from across the world
🔥 A fast-paced multiplayer brawler made for mobile
💣 Unlock and collect new, powerful Heroes – each with a signature attack and SUPER ability
🏹 Battle solo or with friends

GAME MODES
🤯 Minion Madness (3v3): Minions have attacked the mines! Battle against the minions and the opposing team to collect at least 10 jewels to win. Be careful, the minions get stronger as they hold more jewels.
🔮 Crystal Chaos (3v3): Go on the offense and destroy the enemy base, or be on the defense and collect jewels to get your base to full strength. Two win conditions, multiple play styles!
💎 Jewel Thief (3v3): Team up and out-strategize the opposing team. Collect and hold 10 jewels to win, but get fragged and lose your jewels.
👑 Kingslayer (3v3): Take out opponents to earn stars, but don’t let them pick you off. The squad with the most stars wins the match!
🏰 Stronghold (3v3): Protect your team’s base and destroy your opponents’. Navigate the map to sneak, blast and blow your way clear to the enemies’ treasure.

SUPPORT
Having trouble? Visit https://bazookatango.zendesk.com/hc/en-us or contact us by emailing us at support_vgallstars@bazookatango.com

New Hero: Adagio has returned to Vainglory to DOMINATE and remind other players why everyone wants to ban him.
Monster Battle gets a wickedly fun new map: Twisted Cage!
So many bugs fixed. So many stability improvements improved. 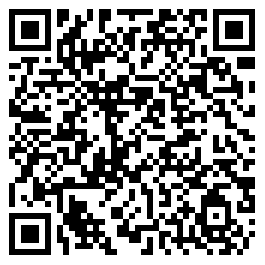