Robots vs tanks is an awesome third-person shooter PvP battles game where top war Robots and tanks come in 5 vs 5 battles. It’s one of the best shooter co-op games. This game is a unique mixture of tanks and robots shooting games – a new word in the world of real-time multiplayer games. It’s way more exciting than some of the most popular PvP games like Crossout Mobile or Tank Physics Mobile.

Who are you? A tankman defender or a war robot invader? The choice is only up to you! Your garage is full of tanks and robots.

Choose real steel war machines 3D tanks and destroy your enemies in a blitzkrieg! Or would you prefer leading a tactical war? You can destroy the enemy warrobots alone or together with players from around the world. Create your own armada of awesome tanks to complete the mission as a winner. Upgrade your war machines. Add a modern weapon to your tanks, strengthen the armor, and upgrade the ammunition to level up your mech possibilities and come out the best in a clash of tanks.

Why won’t you choose a military robot for this? The steel rage of a giant robot will make you the biggest fear for your enemies. Highly maneuver armed to teeth battle robots allows repelling tank attack and leading a victorious tactical war battle. Upgrade your battletech to kill more enemies. Every victory opens your way to a new world and new success.

Their super mecha machines might be as good as yours, but it’s not an armored machine but its pilot who decides the outcome of the mech battle. Show your tactical war skills.

Game features:
• Modern 3D graphics make the game super realistic. Either participating in a team battle or fighting alone, you’ll feel a huge power of dynamic battles action due to great quality 3D graphics.
• Multiplayer free shooting PvP gun games. You can choose one of the two in-game regimens: bot games or PvP multiplayer battles.
• The possibility of switching from robot fight to tank fight and vice versa. This tactical shooter is great for robotics fans and those who like tanks. The fast-walking real steel robot fighting can be changed to a slow yet super powerful tank action in a couple of clicks.
• Multiple robots and tanks modernization options. Create your unique armored machine! You can upgrade camouflage, guns, armor, engine, chassis, and more. Open and buy new war machines by collecting silver and gold on your missions.
• Thanking a great variety of cyber battlefields makes the game diverse, so you’ll never get bored playing robots vs tanks.
• Collect the military game bonuses to boost your mech power. Kill enemies to upgrade your robots and tanks and gain war experience.

This update contains some quality of life improvements and fixes.
Fixed problems with binding VK profile 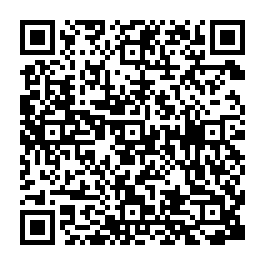